InterDC has 2 full redundant Tier 3 datacenters based in Enschede & Hengelo, The Netherlands. Our focus is on providing datacenter services for regional companies, twin dc setup, or even as an excellent fallback solution to the broader market. Thereby at InterDC we pride ourselves in having both an ISO 27001 and a NEN7510 certificate.

We proudly announce that we opened a second datacenter. The new datacenter is located in Hengelo near the city hall and has space for about 70 racks. The datacenter will also meet the TIER3, ISO27001 and NEN7510 standards.

On the moment the location is being build and the new location will official be opened in January 2020. 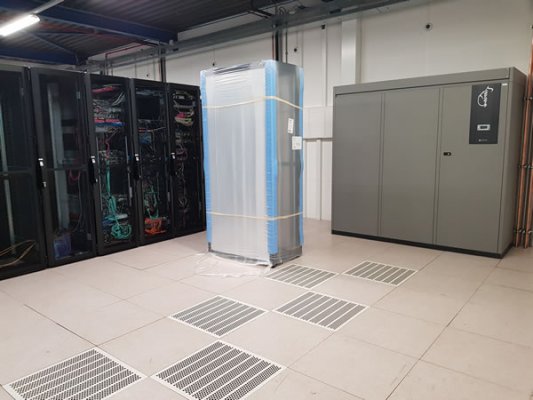 We added a new corridor to our dataroom 1 in Enschede. With this addition we got 14 brand new racks. A part of these racks are 1/2 secured racks. Meaning that the small companies can also rent a secured rack without the cost of a 1/1 rack. Very handy! 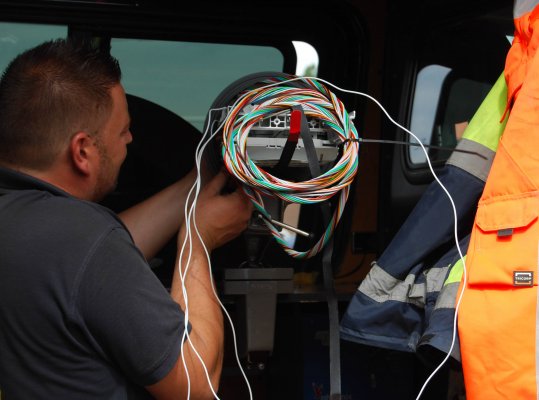 Tele2 finished their POP location in our datacenter. Starting today Tele2 can service you with one of their sevices like Internet access or point to point connections. 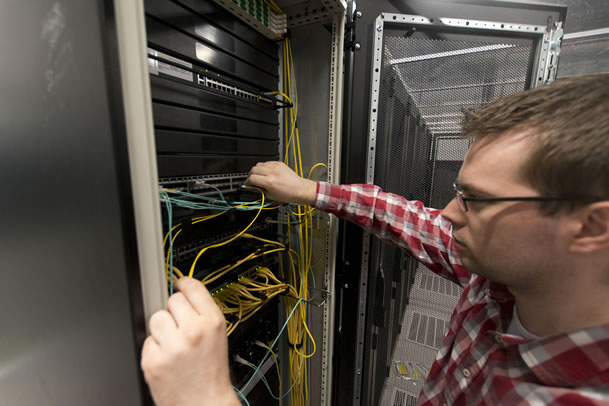 With our colocation service it is possible to rent a single server rackspace. Included in the service is a stable power supply, cooling and internet connectivity.

Is your organisation in need of multiple racks? And does your organisation wish to control the access to those racks? Then the private cage solution is most ideal as it provides a private access door to the cage. With this solution you are ensured that only your employees or costumers have access to the racks. A private cage is only possible with a minimum of 8 full size racks.

As datacenter we are capable of providing different types of connectivity solutions with speeds ranging from 100Mbit until 10Gbit or even wavelengths within our fiber network. Thereby we can also provide internet services to your office via our partners NDIX or Bright access.

Need your server rebooted? A tape switched or do you have a problem with your operating system? Our experienced engineers (Windows and Linux) are able to provide fast remote hands, since our office is next to our datacenter.

The datacenter consists of approximately 1,290 square foot for a total of 60 racks and uses a raised floor system for optimal cooling and cable management. With a raised floor cold air is provided through the ventilations panels placed on the datafloor surface. The server racks are placed in a hot and cold corridor for the most optimal cooling performance.

The datacenter is secured by multiple HD cameras. The cameras are equipped with motion sensors which allows them to detect possible intrusions in a darkend environment. Physical access to the datafloor is regulated via access cards and unique pin numbers. In the event that someone loses his / her access cards, no access can be gained without the unique pin number.

The electrical system is equipped with a redundant UPS system from Eaton in combination with a Lovol Marelli back-up generator. Thereby every rack is provided with two redundant 16 Amp power feeds (No-break). Additional power feeds can be provided.

The datafloor is protected via the VESDA (Very Early Smoke Detection Apparatus) laser detectors. VESDA is capable to detect a fire in the very early stages.

The datacenter uses free air cooling for most of the year, which means that outside air is being used to cool the servers. This method of cooling is possible because the temperature in the Netherlands, for 80% of the year, is below the 20 degrees celsius. The remaining 20% of the year uses the traditional cooling method

InterDC also provides a meeting room and a canteen for lunch breaks.